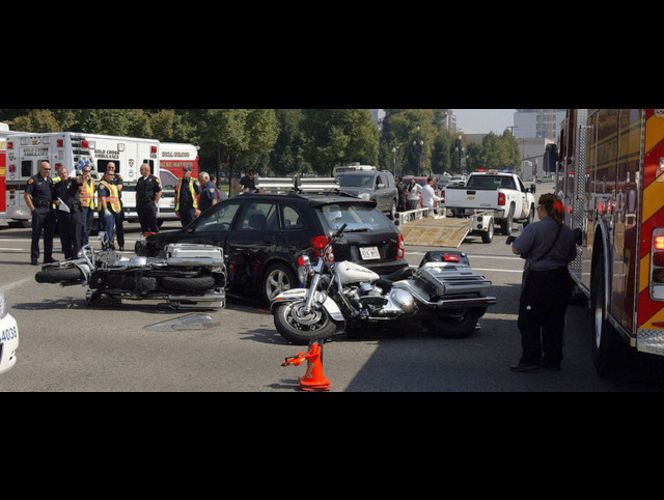 2 police officers on motorcycles were injured today as they were directing traffic and were hit by a motorist. The officers had positioned themselves in the middle of the intersection at 400 West and 400 South in Salt Lake City due to a fire truck that was approaching the intersection with its sirens on. After having successfully blocked traffic so the fire truck could pass through, a female motorist hit the two officers from the side. Minor injuries ensued, though the accident was deemed entirely unintentional and there was no evidence of distracted driving or other negligence. The woman could later be seen crying in the back of a police squad car, according to KSL. Potential charges were pending as of today.

Fortunately, the consequences of this event do not seem to be far reaching. Should either of the officers choose to, they would be able to file an insurance claim and, without filing a lawsuit or ‘suing’ the woman, have received the means necessary to pay for these injuries. Often times, a motorcycle accident lawyer is able to help secure compensation when insurance companies are too obstinate to pay what the victim is rightfully due. If you find yourself in such a predicament with unjust insurance companies, call Christensen & Hymas today at (801) 506-0800.